1. The image below shows a series of tasks that need to be completed for the 'HR Department.' They depend on one another to complete the Task Board. 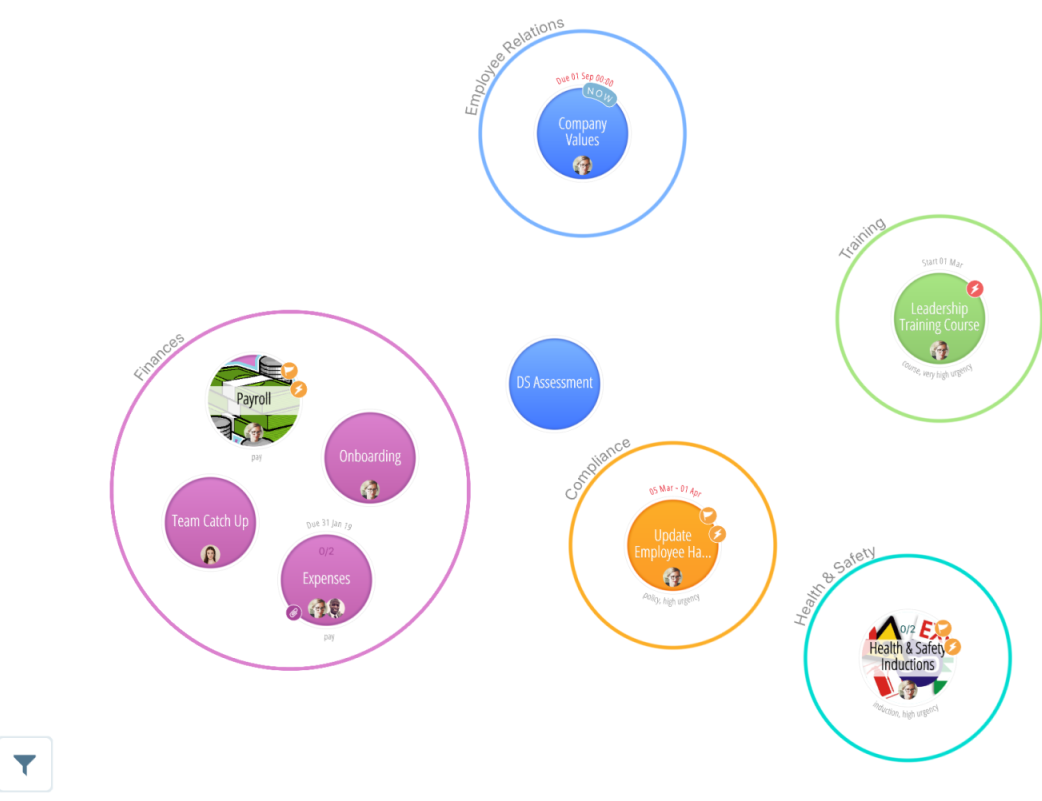 2. To create a ‘link’ between these tasks, simply drag and drop the task which needs to be actioned first, onto its dependent. An arrow will then appear, representing the connection between the tasks. Once you begin to create several tasks dependencies, you’ll get a visual overview of your workflow. 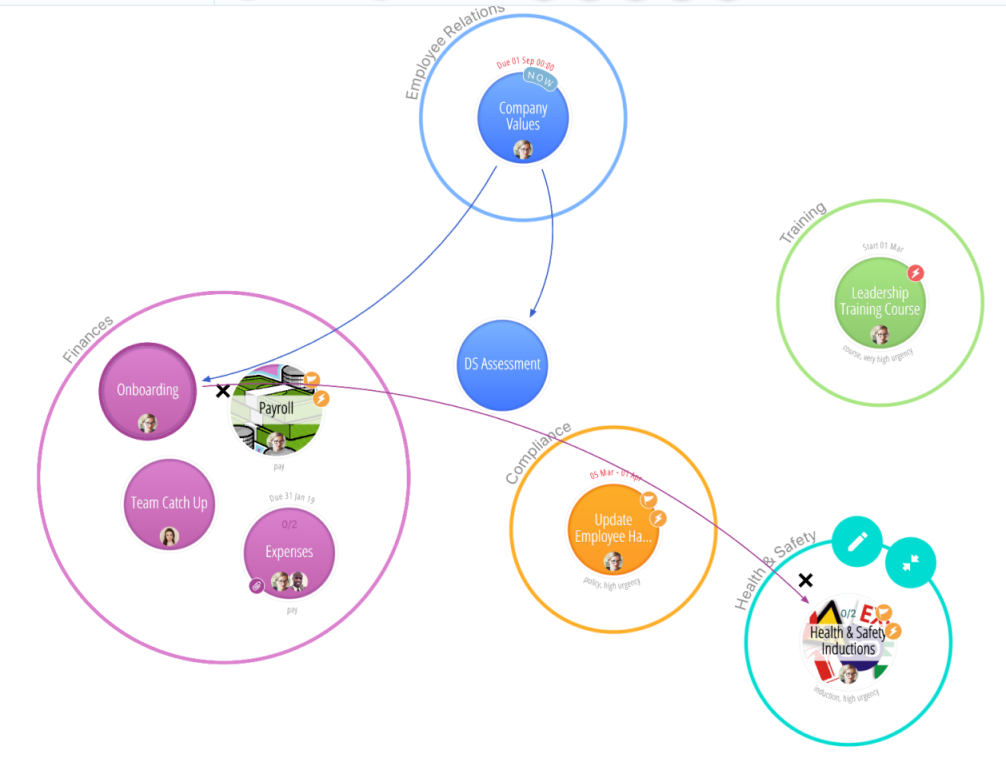 1. To remove a task dependency, simply tap on the task with the arrow that you would like to remove. 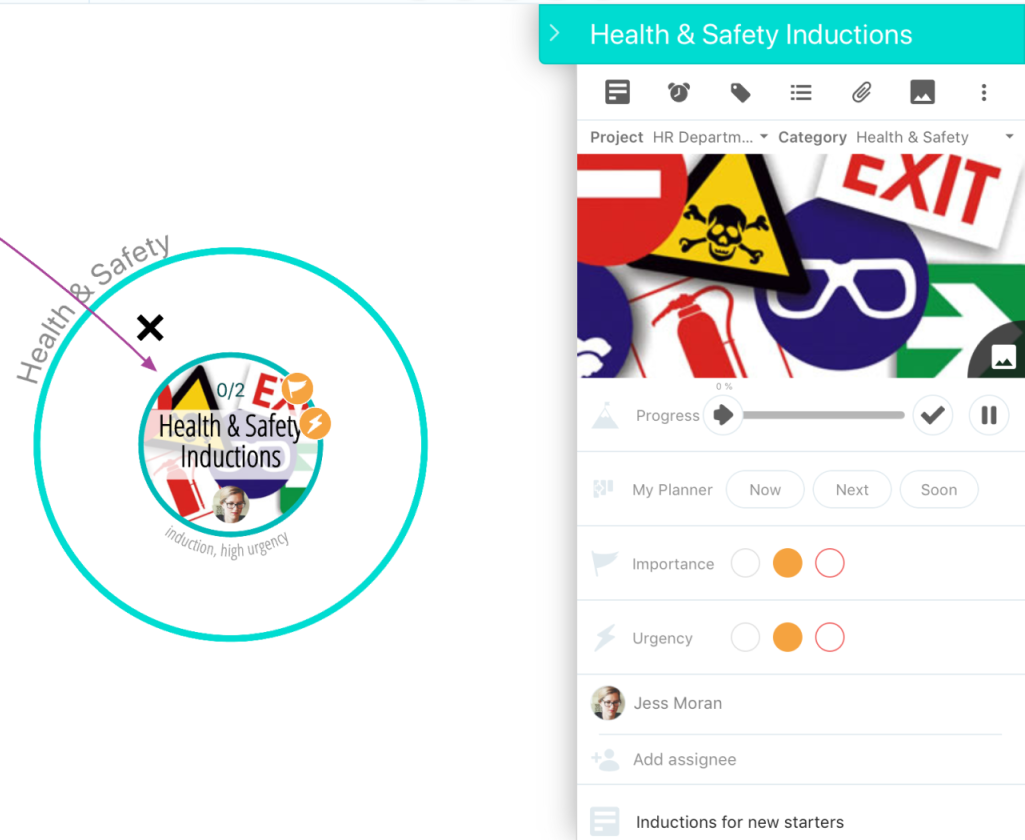 2. Then, tap the 'X'  to remove the dependency from your task. Select OK to confirm this action. Your dependency will then be removed. 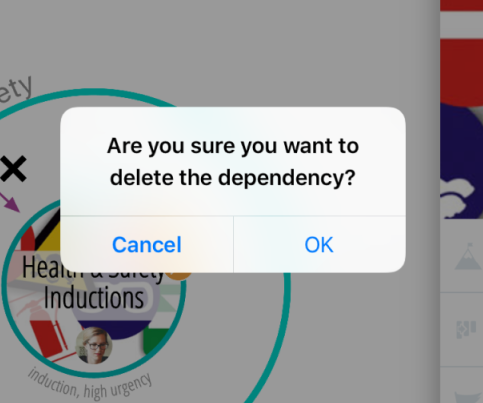