1. The image below shows a series of tasks that need to be completed for the 10 Year Business Anniversary event. They are dependent on one another to complete the Task Board. 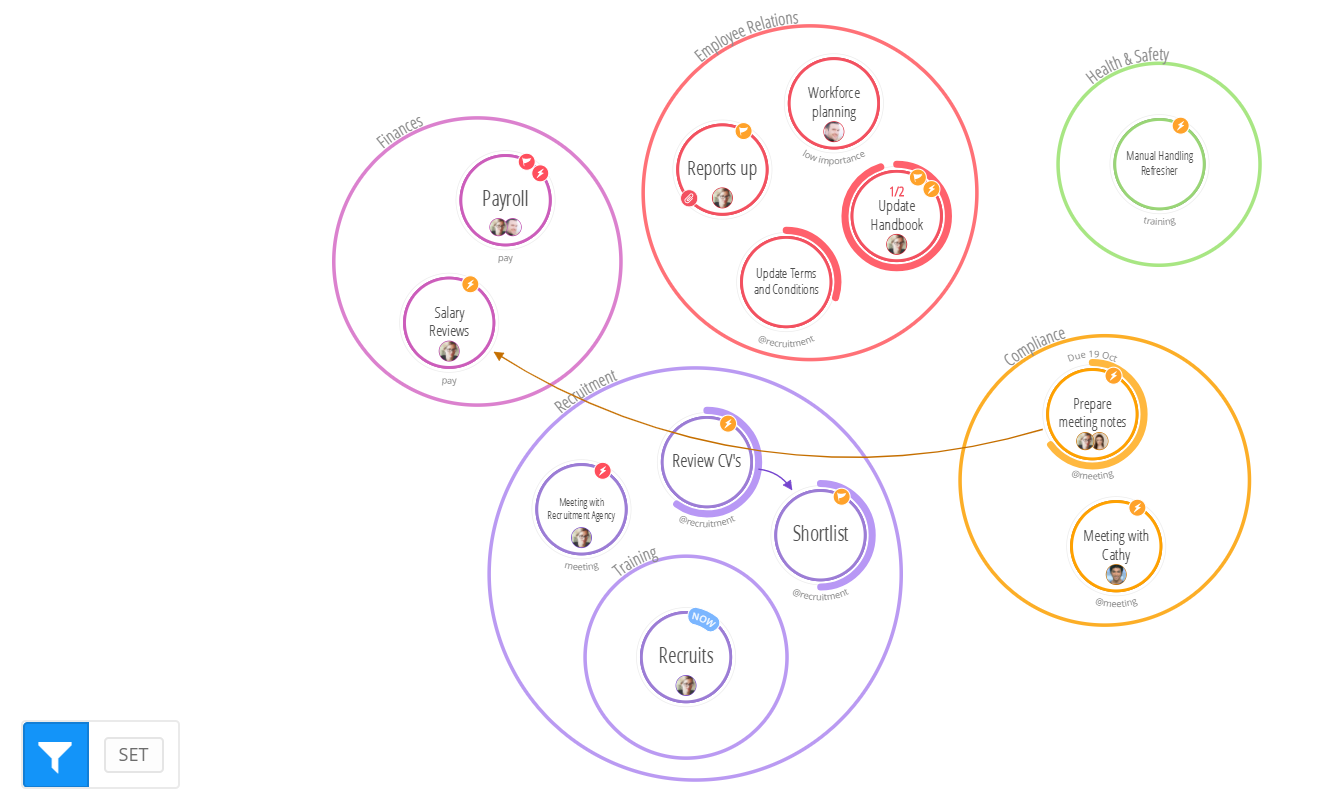 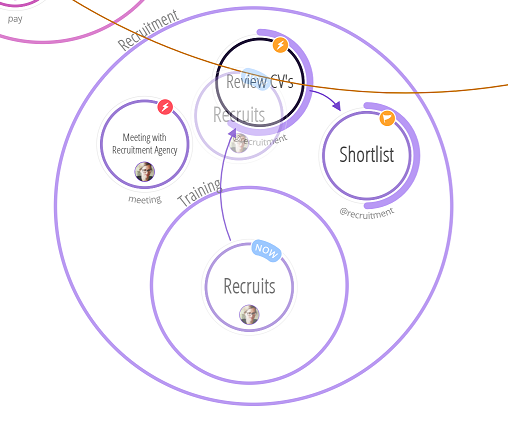 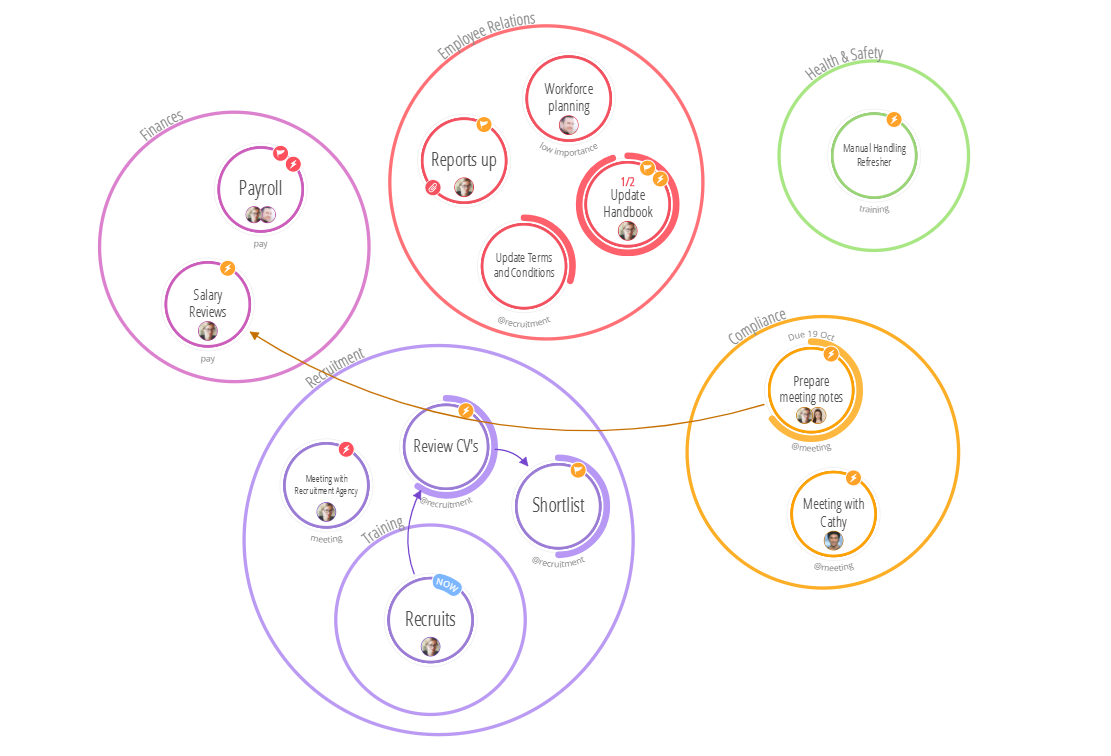 1. To remove a task dependency, simply hover over the arrow you would like to remove. 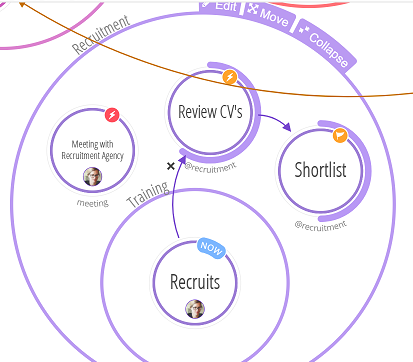 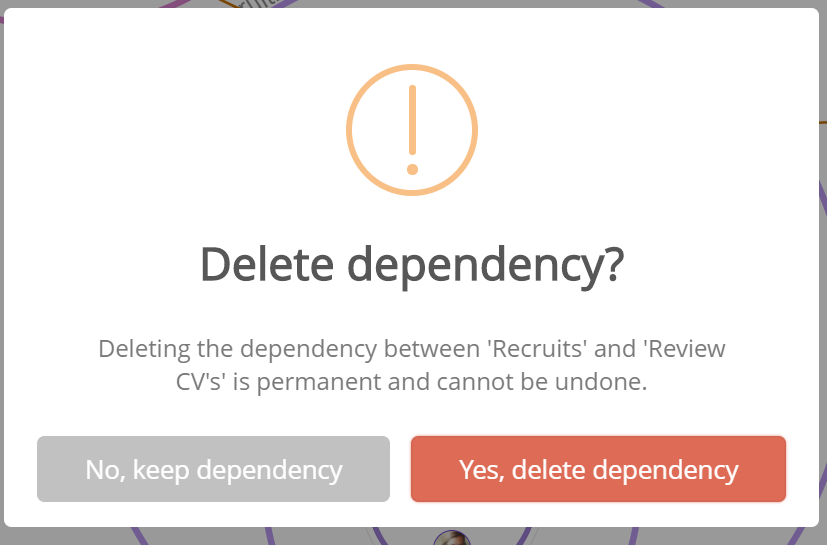